As you may have noticed, it's been rather quiet on the Silverscale front. Not much happened last year, well not much business related anyway. It all started out so positively last year; I was going to write blogs every month; I was going to go out shooting every day I could; and I was going to get known.

Well, much like well intentioned gym memberships, barely anything came from it. Intention is one thing. Achievement is another. I will not tire you with excuses, as they are pointless. Suffice to say there is always something (occasionally a very elusive and pointless something) that will stop you from doing what you really should. Let's just say that last year, those "somethings" were plentiful. Like a stampede of wildebeest the "somethings" just kept on coming. And worst of all; those "somethings" took over my life.

So this year (here I go again) I am planning to fight the "somethings". I will not allow them to take over my life again.   They will not stop me from doing what I love. 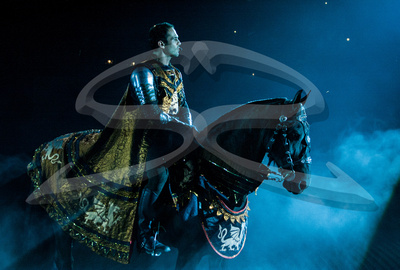 I'm sure there are plenty of us out there who struggle with the "somethings". So how am I going to battle them? Not, like something from a medieval computer game, with a sword and shield, valiantly defending my castle from the approaching hordes. As we all know, "the pen is mightier than the sword". And so I introduce to you, the most humble of all household items, a pen and paper. Truly, an undervalued asset in this day and age. Also, as we are talking of undervalued items, may I suggest one more? A watch.

Put aside, just for a minute, your tablet, phone, internet enabled device. Turn off your radio. Take a deep breath, just for that minute. Allow yourself to listen to nothing, to the quiet that is surrounding you. Now make a list. What are you going to do today? What would you like to do today? What do you need to do today?

That's half the battle won. I write myself a list everyday (yes, I am that crazy). That list gives me a purpose. That's all my "somethings" in one place. They are trapped now, confined to that piece of paper within that ink. Now the hardest part begins. Storming the castle of "somethings"!

Its all very well having that list in front of you, but at times it seems as long as your arm, or even as infinite as space. You think you'll never get it all done in one day, and maybe not, but at least its written down. Imprisoned. So how do you control the "somethings" now? The only way is to face them. Look at them straight in the dots on their i's. Allocate them a set length of time. And then stick to it. Balance the quick things with the longer things, the fun with the dread-inspiring.

Obviously, the best thing about storming Castle Something, is that after you have won your battle you can cross it off the battlefield in a big slice of inky greatness. The feeling you get at that point, that sense of achievement, that's what you've been working for.  Then you can indulge in a little self something time.

Summer day by the lake